The store will not work correctly in the case when cookies are disabled.

Welcome to our new site 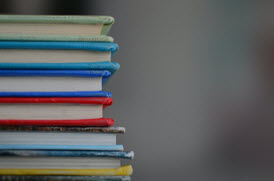 Education secretary Nadhim Zahawi has made the following key announcements in his statement to the House of Commons.

Exams 'will go ahead' this summer

Is this fair considering there has been so much disruption already to pupils/students’ education with staffing disruptions and their own personal attendance due to Covid related illnesses?

“Nearly a quarter of teachers say staff absences due to Covid-19 are having a major impact on their schools, a survey released by NASUWT-The Teachers’ Union has found.

Of nearly 7,000 teachers who responded to our survey, 23% said absences were having a major impact and 61% said they were having some impact as schools have returned over the last week.”

Are there enough ex-teachers to plug the gaps? On all accounts so far, this seems very unlikely and factoring in delays for those answering the call to plug the gap waiting on DSB check and references, is delaying them re-entering the profession.

Another, issue is the question of funding for these supply teachers with many schools already struggling to fund agency posts. The Government need to provide reassurance that it will financially reimburse schools when they deploy supply staff to cover for any Covid-related staff absences.

The 8,000 air filters figure is based on 'modelling'

7,000 air filtering units will be provided, but only to schools which have classrooms with CO2 readings of over 1,500 parts per million, and which cannot complete remedial works before the end of February. With another 1,000 units for special schools and alternative provision settings.

According to Teacher Tapp, 47 % of primary teachers and 73 % of secondary teachers reported not having a CO2 monitor in their classroom.

So how will schools be able to produce a C02 reading to obtain an air cleaning unit when, so few have them?